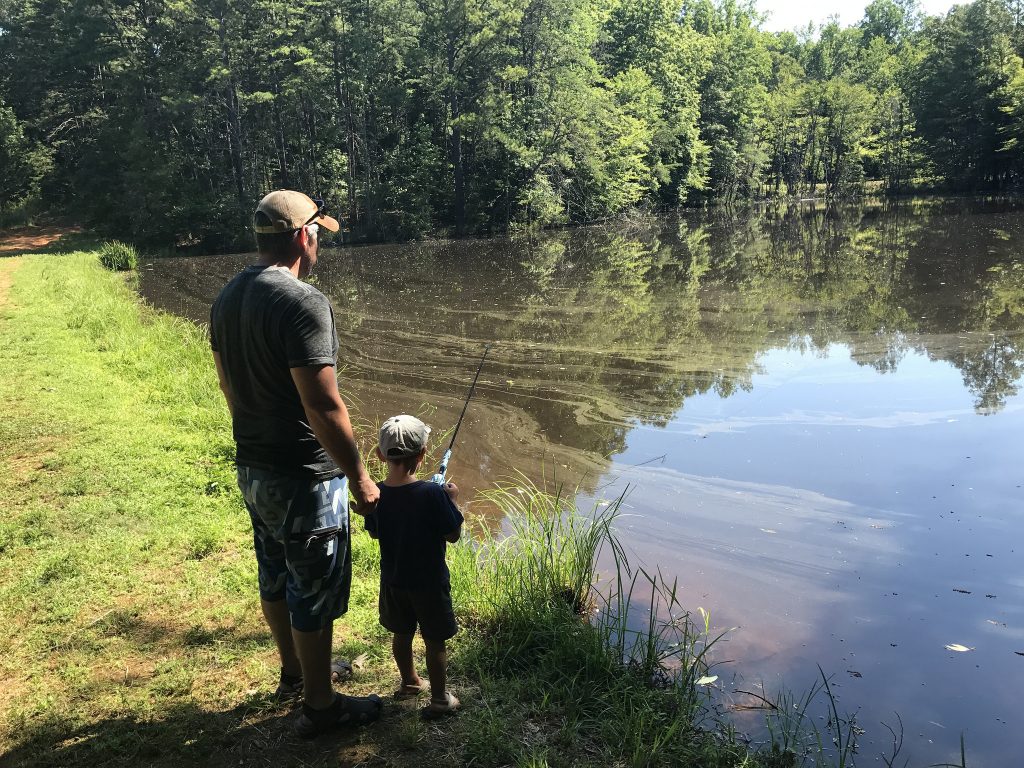 It’s a bit of a tradition for many fathers to go on and on about the knowledge they’ve gained over the years, whether it’s about history, family stories, financial wisdom, or just plain random facts — like how that building over there used to be the old hardware store.

This isn’t a bad thing, of course; it’s part of what makes dads so great. But if you’ve ever wanted to turn the tables on him, now’s your chance. Use these facts and figures about Father’s Day — and about dads in general — to show off some arcane knowledge of your own!

The history of Father’s Day
There are a couple of different origin stories for Father’s Day, and both go back more than 100 years. According to several sources, the first observance was in 1908 in Fairmont, West Virginia, where a woman suggested that her church honor all the fathers who were killed in a mining accident the year before. However, the event never spread outside the city.

A year later, in Spokane, Washington, Sonora Dodd heard a Mother’s Day sermon and thought there should be a day for fathers as well. Spokane celebrated its first Father’s Day in 1910 on the third Sunday of June.

It wasn’t until 1966, though, that the day was recognized with a presidential proclamation. In 1972, President Nixon signed it into law — nearly 60 years after Mother’s Day became official.

How much do we spend on dad?
In 2017, the National Retail Federation noted, Americans were expected to spend $15.5 billion on gifts for Father’s Day. That’s a significant increase over about 10 years ago, when we spent “only” about $9 billion.

What does he want to do for the holiday?
Not much, according to a Zagat survey: More than half of fathers said they just wanted to relax with the family. (And 14% said the best gift would be leaving them completely alone!) So if you’re planning to take your dad out for Father’s Day, you might want to think again.

Do you know how much your dad is worth?
We’re not talking about his job, or about the value of being a good dad (you can’t put a price on that, after all). But you can put a price on the work he does around the house. Insure.com does that each year, and in 2017, the average dad’s household duties were worth more than $26,000 (based on wage data for those jobs from the Bureau of Labor Statistics). The highest-value work? Cooking (worth about $1,800 a year), chauffeuring kids around (about $7,000) and helping with homework (more than $11,000).

The most prolific father of all time
However many kids your father has, we’re willing to bet it’s nowhere close to the record. Genghis Khan, founder of the Mongol Empire, is said to have fathered as many as 2,000 children — according to genetic data, he is an ancestor of 0.5% of the entire world’s population.

Too bad Father’s Day wasn’t celebrated until about 700 years after he died.

Whether a dad knows it all, or just thinks he knows it all, Father’s Day is still his day. So, enjoy the barbecue. Tell some old stories. Share some laughs and celebrate. Because he’s more than just a dad — he’s your dad.

Reposted with permission from the original author, Safeco Insurance®.

“Christian at Kave Family Insurance has been my agent for several years now. He's very knowledgeable and helped make sure everything was taken care of when we sold and purchased our house!”